Todd has over 30 years of experience in international financial markets, including the hedge fund industry. He was Chairman of AIMA in London from 2009 through 2012, and represented the association globally regarding hedge fund regulation. 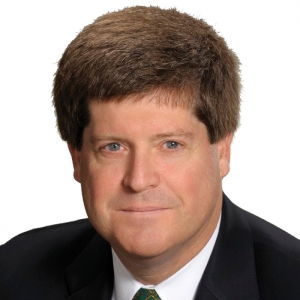 Todd Groome is a Director at Highwater Limited, a firm providing independent directors and corporate governance services for hedge funds, private equity and other global asset management firms. Todd is also an Advisor to Crossroads Strategies, a government affairs and legislative policy firm, assisting with financial market and international regulatory issues, and a Visiting Scholar at the Wharton Business School, University of Pennsylvania, focusing on pensions, insurance and related risk and asset management issues.

Mr. Groome has significant financial markets experience developed over a 30 year career in international financial markets, in both the private and public sectors. In September 2012, Mr. Groome completed his second term as Chairman of the Alternative Investment Management Association (AIMA), the global association for the hedge fund industry. Todd led AIMA’s efforts regarding the development of a regulatory framework for the hedge fund industry, including discussions with the SEC, CFTC, UK FCA, ESMA, HK SFC, MAS and IOSCO, as well as legislative and other supervisory authorities in the US, Europe and Asia. He was also a Senior Advisor to Albourne Partners, a global investment consulting firm, from 2010 to 2013, providing advice to senior staff and their institutional investor clients with regard to legislative and regulatory developments related to financial markets, including hedge funds and other sectors.

Prior to becoming Chairman of AIMA, Mr. Groome was an Advisor in the Monetary and Capital Markets Department of the International Monetary Fund (IMF). At the IMF, he was responsible for financial markets surveillance in developed economies, as well as the IMF’s Global Financial Stability Report. His work at the IMF focused primarily on non-bank regulatory and financial stability issues, and he represented the IMF on various policy initiatives and projects with the G7, G20, IOSCO, FSB, and the Joint Forum.

Before joining the IMF, Mr. Groome was an investment banker for over 13 years. He served as Managing Director and Head of the Financial Institutions Groups of Deutsche Bank and Credit Suisse in London, focusing primarily on debt capital markets, acquisition finance, and capital and balance sheet management for banks and insurance companies. While at Deutsche Bank, Todd also managed the European high yield team. Prior to that he worked with Merrill Lynch in London and New York as part of the Financial Institutions Corporate Finance Group, working on M&A, advisory and debt and equity financing for banks and insurers. Before moving to London, he was an attorney with Hogan & Hartson in Washington, D.C., in the Financial Institutions Group.

Mr. Groome holds a JD from the University of Virginia School of Law, an MBA from London Business School, and a BA in Economics from Randolph-Macon College, where he was named Wade C. Temple Scholar for Economics and graduated Phi Beta Kappa.