Stacey joined HighWater Limited (“HighWater”) in August 2011. HighWater was established in January 2007 and is currently licensed by the Cayman Islands Monetary Authority to carry on the business of company management. HighWater’s core business is the provision of independent directors and related services to the alternative investment industry. 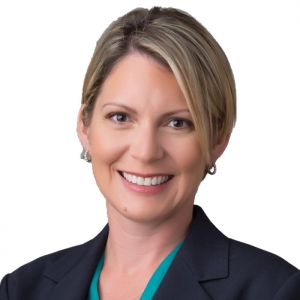 Stacey serves as an independent director on a number of fund boards and investment management companies in the US, the UK and Asia. She has considerable experience with corporate governance and regulatory compliance in advising boards across a broad range of hedge fund and private equity strategies.

Stacey joined Richardson Greenshields of Canada Ltd. as an Investment Advisor in 1996. She later worked as a Listing Executive at the Cayman Islands Stock Exchange (where she was seconded to the London Stock Exchange), and managed the SPV department of an administrator in the Cayman Islands. Stacey trained with Boxalls Attorneys-at-law (now Ogier) where she worked until August 2003.

Currently registered with the National Futures Association as a Principal and an Associated Person, Stacey holds a National Commodity Futures Series 3 licence as well as a number of securities and derivatives designations from the Canadian Securities Institute, and an advanced diploma in Accounting. She obtained an LL.B (Hons) Law Degree from the University of Liverpool and a Professional Practice Certificate from Queens University Belfast.

Stacey is a member of the Cayman Finance Investment Funds Sub-Committee. She previously served as the Deputy Chairman of the Labour Tribunal of Grand Cayman 2007-2008 and as a Notary Public in the Cayman Islands from 2004-2010.