Simon Cox has been based in Hong Kong since 1989 and undertakes a limited number of directorships as well as supporting HighWater’s activities in Asia and providing an allocator’s perspective on various issues. Simon has worked with a number of private investment groups, including Search Investment Group (family office of Mr Robert Miller of Duty Free Shoppers) and Fleming Family & Partners (Asia). 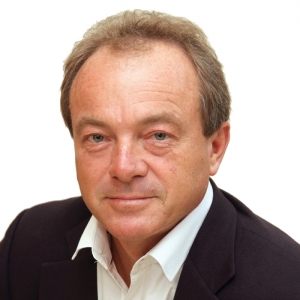 Simon Cox has been based in Hong Kong since 1989. He acts as an independent director of a limited number of investment funds and advises certain private investment groups and foundations. He is on the investment advisory board of the Max Planck Endowment foundation. Simon has previously worked for a number of private investment groups, including Search Investment Group in Hong Kong (family office of Mr Robert Miller of Duty Free Shoppers) and Fleming Family & Partners (Asia). He was a founding partner of Ninepeaks Fund-of-Funds in Hong Kong and New York, managing both global and Asian portfolios of funds on behalf of disclosable private groups such as the family office of the late Sir James Goldsmith and Rothschild et Cie, then selling his interests to his partner in 2007. He has been a director of multiple operating and investment entities, including publicly listed companies in Hong Kong and Australia, as well as operating and investment companies associated with the Getty family.

In various roles both in his own investment firm and managing a substantial private family office, Simon has accumulated extensive experience in establishing and operating funds and in dealing with a wide array of investment managers and allocators. This has also included dealing globally with legal, administration, broker and audit counterparties. Since 1997 he has been invested in more than 250 hedge, private equity and fixed income fund vehicles globally, as well as in direct investments in a variety of industries across Asia and in China in particular.

Simon initially worked from 1986 to 1991 in financial investigations and audit with Deloitte & Touche in Hong Kong and South Africa. He holds a Bachelor of Accountancy from the University of Natal and is a Chartered Accountant (South Africa). He grew up in Zimbabwe (Rhodesia).