John Lewis joined HighWater Limited (“HighWater”) as a partner in July 2008. HighWater was established in January 2007 and is currently licensed by the Cayman Islands Monetary Authority to carry on the business of company management. HighWater’s core business is the provision of independent directors and related services to the alternative investment industry. 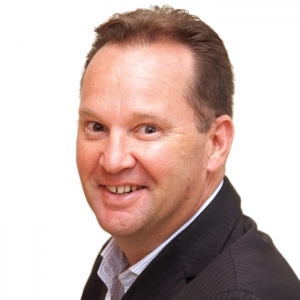 John Lewis joined HighWater after six years with Butterfield Fund Services where he held the role of Managing Director in Cayman and Regional Head of the Americas. Previously he spent two years as Vice President of Fund Accounting with the Bank of New York in Manhattan and eight years with Ethical Funds Administration in Vancouver, Canada where he departed with the title of General Manager and Assistant Vice President. Prior to moving into industry, John spent six years as an auditor with Price Waterhouse and Deloitte & Touche in Johannesburg, London and Vancouver.

John holds a BSc (Econ)(Hons) in Accounting from the London School of Economics and an MBA from Simon Fraser University in Canada. In addition to holding the Chartered Accountant designation in Canada, he is a Fellow of the Institute of Chartered Accountants in England and Wales. He is the former Chairman of the Cayman Islands Fund Administrators Association, was for 8 years on the Council of the Cayman Islands Society of Professional Accountants and is a former member of the Committee of Hearts for the Cayman chapter of Hedge Funds Care.