Gary Linford is the founder of HighWater Limited (“HighWater”), a wholly owned subsidiary of HighWater Partners Ltd. HighWater was established in January 2007 and is currently licensed by the Cayman Islands Monetary Authority to carry on the business of company management. HighWater’s core business is the provision of independent directors and related services to the alternative investment industry. 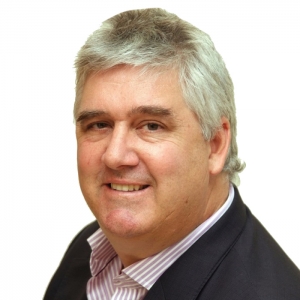 Gary is the former Head of the Investment & Securities Division of the Cayman Islands Monetary Authority (CIMA) where his primary responsibility was the effective oversight of the investment fund sector. This included the authorisation of hedge funds, fund administrators and investment managers as well as the ongoing oversight, inspections and prudential reviews of licensees.

The majority of Gary’s 30 year multi-jurisdictional working life was in the private sector and includes six years in Hong Kong, 16 years in the Cayman Islands, five years in Jersey, Channel Islands and three years in South Africa. Prior to joining CIMA, Gary was the former Global Head of Banking & Investments at Deutsche Bank International Limited. Gary participated at board level in numerous international centres used by Deutsche Bank, from Mauritius through a number of jurisdictions in Europe to Cayman. At the time of his employment with Deutsche Bank, Gary lived in Jersey, Channel Islands and had direct line responsibility for a team of 115 employees, the US$5 billion offshore treasury desk and US$15 billion offshore investment services division.

Gary has a Master’s in Applied Finance from Macquarie University in Sydney, Australia. Gary is a member of AIMA, was instrumental in the establishment of the AIMA Cayman Chapter and is a past Chair of the AIMA Cayman Education Sub-committee. HighWater was a founding member, and Gary was a board director of Cayman Finance, an industry body formed to promote the development of the financial services sector in the Cayman Islands. Gary continues to volunteer his time in support of industry initiatives.